In 2016, the trend of easily producing live video via social media apps continues to move towards the mainstream. With more mobile-only Internet users exceeding desktop-only users in the U.S. and cord cutters migrating away from traditional TV viewing, it’s clear that the way we consume video is changing.

Look at people the next time you’re out in public and observe their behavior. Hint: Their heads will be down and they’ll be engaging with their mobile phones. That’s because video marketing is becoming a game-changer for marketers.

Is Snapchat the next big thing in digital marketing?.

Initially known for its young user base (13-34 year-olds), Snapchat has caught the attention of marketers and brands looking to use live video to engage and market to customers. Apps such as Periscope and Blab also support real-time video streaming and content creation. The question for marketers is therefore: Should my brand be using Snapchat?

If you ask Gary Vaynerchuk, he’d say that the answer is a resounding YES. Vaynerchuk has become a Snapchat evangelist. When he’s not creating content for his personal brand or his company VaynerMedia, he’s imploring companies to consider using Snapchat as a channel to grow their customer base.

“Here is why I care so much about Snapchat,” says Vaynerchuk, “because I haven’t seen this much consumer attention on one social platform since early 2007 and 2008 with Twitter.”

Gary Vaynerchuk: Time to double down on Snapchat.

“If you have 1,000 followers on Snapchat, 900 of them will watch your story. Let’s think about how insane that is right now, especially in a time when email open rates are at best at 25%.” Vaynerchuk adds, “Brands need to value the importance of this app, and soon, before marketers ruin it.”

Vaynerchuk makes an excellent point here. Mobile apps and social networks that have rapid adoption and growth (and don’t die off quickly) often begin to add new features and options that marketers can leverage. For example, when Snapchat added stories functionality, users could suddenly string together narratives and engage in storytelling. And storytelling is at the core of content marketing strategies.

The White House is using Snapchat to reach young audiences.

If there’s any doubt about the validity of Snapchat as a viable network to reach audiences, consider these two facts: First, in January 2016, the White House began using Snapchat to connect with Americans who are increasingly checking social sites on a daily basis. And also in January 2016, presidential candidate Bernie Sanders targeted young voters with a nine-day Snapchat campaign, “Are You Ready to Feel the Bern?” One can conclude that if your brand is looking to reach an under-30 audience, your marketing team needs to take a close look at Snapchat, right?

The case against Snapchat: Too much, too soon?

As enthusiastic as Vaynerchuk is about using Snapchat, there are those who are adamant that Snapchat isn’t ready for prime-time use by marketers. Facebook subject matter expert, Mari Smith says Snapchat may be ideal only for brands with larger presences. “I’d say if you’re a busy small business owner with just enough time to focus on Facebook and one or two other channels, you might wait to jump on Snapchat,” says Smith, “But, for big brands and businesses targeting a (younger) mobile-savvy audience, you might want to start paying closer attention to Snapchat.”

Mark Fidelman, Forbes contributor and CEO of digital marketing agency Evolve! Inc, recently seemed to take a direct swipe at Vaynerchuk’s recent praise, if not worship, of Snapchat. “Highly visible marketers are wishfully proclaiming Snapchat as a big deal in social marketing, but that is absurd. Don’t waste your time. At least not now.” 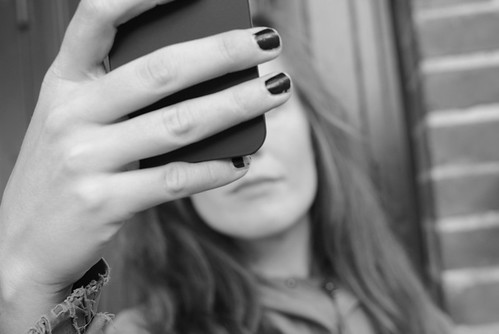 Snapchat: Too much, too soon?. Photo courtesy of @lattefarsan(CC ShareALike)

Fidelman says that Snapchat’s core functionality needs to improve in order to satisfy ROI-driven marketers. And on this point, we’d tend to agree; if a brand is placing heavy emphasis on ROI in social media marketing, there may not be enough threads to tie together.

That said, initially it was difficult to tie ROI to social networks such as Twitter. And Twitter has proven to create tremendous opportunities. Here at Four Dog Creative, 25% of our entire website traffic comes from Twitter.

But brands that were early adopters of Twitter learned how to use emerging social networks, while gaining in-the-trenches insight into the changing behaviors of their audience; specifically how they were consuming stories, content and data. And sure enough, as Twitter evolved, it added functionality that eventually allowed marketers to reach out to highly targeted audiences and track ROI to a level that would satisfy the most data-driven member of senior leadership.

Our take: Snapchat worth exploring if you’re invested in social media marketing

Our take is that data is good. Really good. But as social networks rapidly emerge, marketers and brands need to be willing to take the leap and strategically select new platforms and experiment with them, with the goal of reaching audiences in new ways and in the venues where these audiences live. Think mobile, social and apps.

The need to tie ROI to marketing efforts and social media marketing is important, but shouldn’t impede your company’s marketing and content creation teams from doing what they do best: Building stuff and using tools that help brands connect and engage with your audience. And some of that may include experimenting to an extent and taking calculated leaps of faith.

Or maybe we’re completely wrong and this social media thing is just an extended fad. 😉